We have come a long way…..We first made the decision to enroll the kids at a chinese school in Malaysia. After 4 years, we’ve decided to pull Ashley (and Aidan) out of the chinese school . While Aidan was still ok since he was in Std 2 when we pulled him out, Ashley’s grades were declining and she could not cope with Mandarin. Her command of the language is not strong enough to pass it and it created  a domino effect because the other subjects such as science, moral education, history and maths were in Mandarin too.  Her BM sucks too and the quality of English Languange in that chinese school was sub standard. It sucked. They end up  the  jack of all trades but master of none.

Since the cost of sending kids to an international school cost really 2 arms and 2 legs for us, we have decided on alternative learning  and have enrolled them in a learning center in Malaysia. We found one which is near our house and is run by a group of teachers whom we are familiar with for the past 6 years and have decided to entrust them to teach our kids.

This is the second week that they are in the learning center and I can really see the huge difference in them.

They are so much happier now – especially Ashley. And they have so much time to be kids now. My mum commented that the kids hardly get any chance to be kids and play.

They are no longer bogged down by tuition  after tuition and homework after homework.

They go out cycling everyday with the neighborhood kids and we, as parents are less stressed as well.

This was their first science experiment at school. 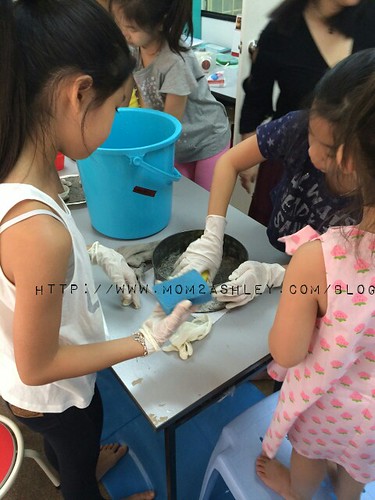 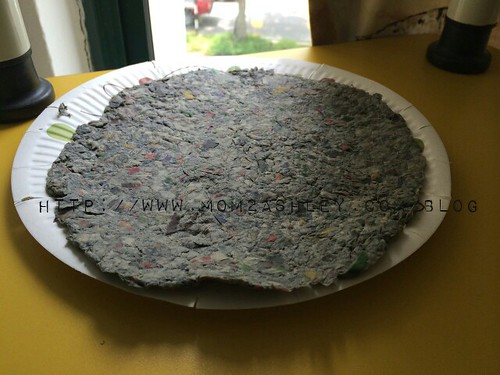 They made recycled paper. Aidan calls it newspaper roti canai.

Ashley said that she has began to take interest in science. She wasn’t interested in science before because I reckon she didn’t understand it all in Mandarin! (She failed her Science paper in her last exam in the chinese school).

Everyday, I pray that we made the right decision. After speaking to their teachers everyday since last week  and after seeing how much the kids are so much happier now, I am convinced that we did make the right decision to pull them out of chinese school.

Edited : P/S – Please do not ask me which learning center my kids are enrolled in as I will not reveal it to people I don’t personally know for security reasons. Hope you understand.