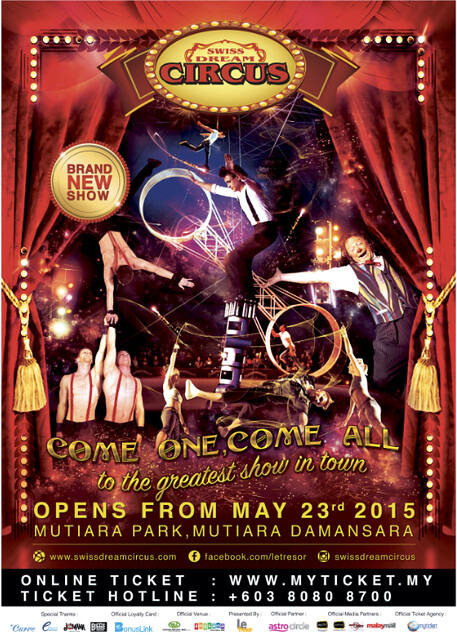 Last weekend, as an early birthday treat for Ashley (YES! She is now 10yo as of yesterday), we went to the Swiss Dream Circus. We missed it last year and decided to bring the kids there this year since they have not been to a circus before.

I bought the tickets the tickets online via myticket.  Purchasing the ticket online was fuss free and we chose to print the tickets at home. I was told by mamapumpkin that the circus tent was pretty small so we decided to buy the cheapest tickets at RM45 per head. Our seats were at Zone A – Juggler.  Ticket price ranges from RM45 – Rm250.  We were lucky that the show wasn’t fully sold out that day and being typical Malaysians, we managed to sit where were got a better view of the stage! 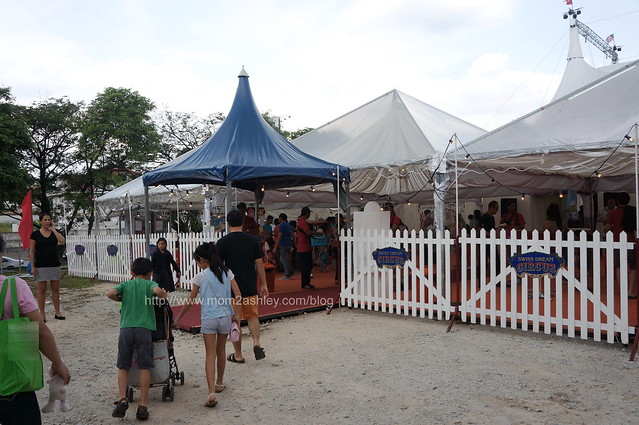 Entrance to the circus. The circus is located behind Ikea and Kidzania at Mutiara Damansara. They sold popcorns , hotdogs, candy floss and drink  there (amongst other things) so if you didn’t bring any snacks along, you can get them there. 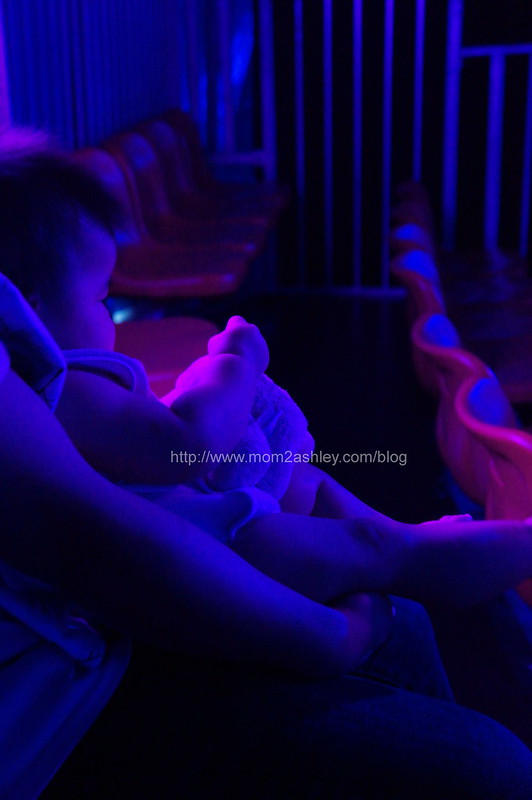 While waiting for the show to start…..

The inside of the tent was very clean and it’s fully air conditioned. It is however not stroller friendly so if you happen to bring one, you need to leave it at the bottom of the stairs and carry your baby/toddler up the stairs. 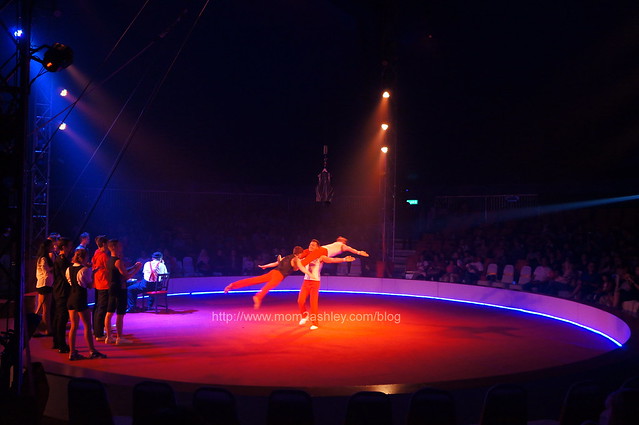 These guys are amazing. All I can say is that they have really strong core muscles. 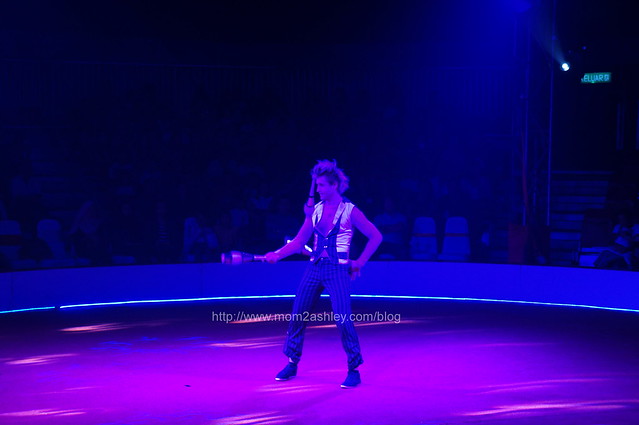 The Juggler. Nothing great. He did the usual stuff. Kids loved it. 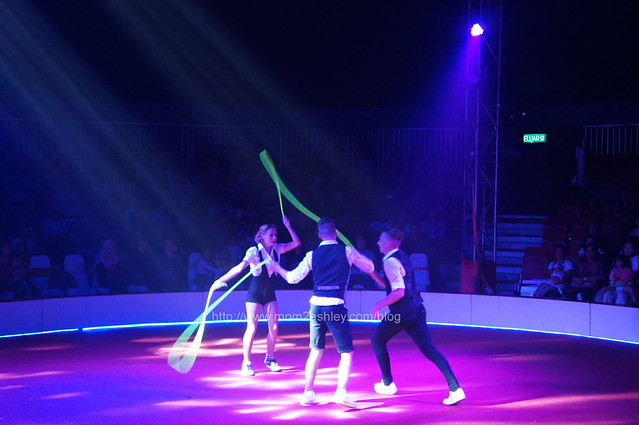 This trio skipped and skipped like there was no tomorrow. Lots of teamwork and coordination needed. It was quite entertaining. 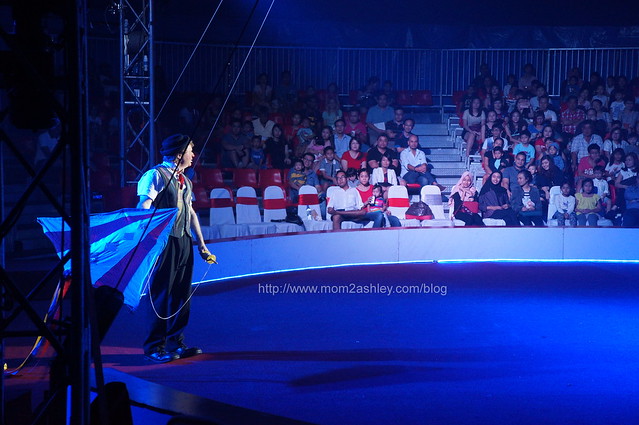 In between each act, the clown entertained the crowd. He was ok. Not that funny but it bought them time while the performers prepared for the next act. 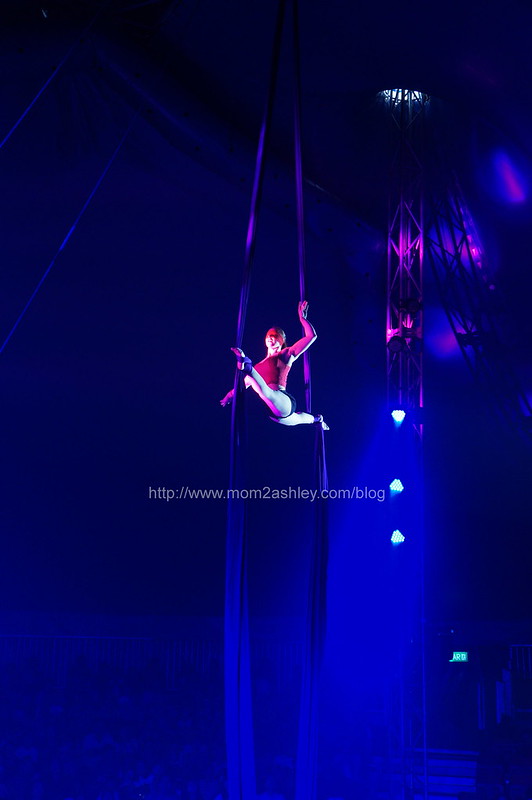 This was nice. She did a couple of stunts which almost made our hearts jump out of our bodies. Very entertaining. 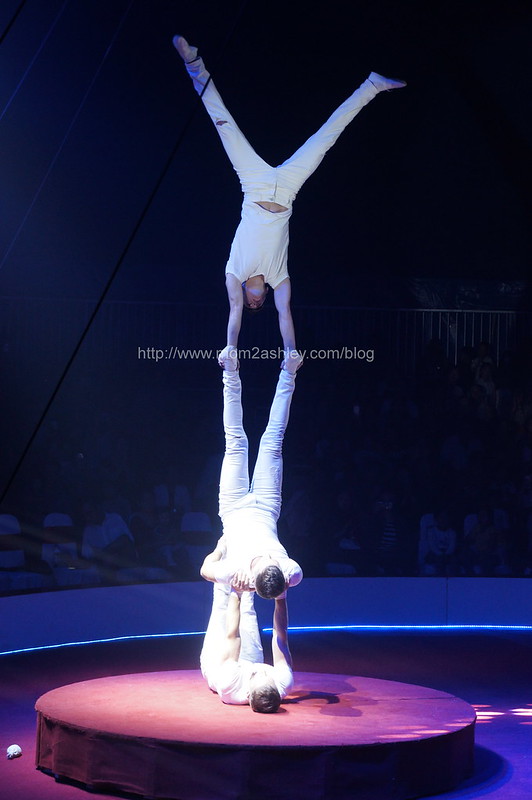 These guys are really strong. That’s all I can say. Since there were only 3 of them, there was only so much they could do. I remember watching a dozen chinese acrobats doing heart-popping stunts when we went to Ocean Park at Hong Kong in 2012! 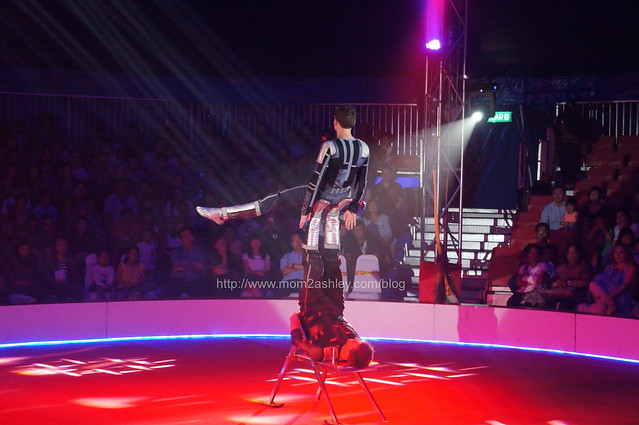 This one was quite entertaining. The guy at the bottom basically flipped and tossed the guy on top into the air for about 10 minutes – with breaks in between. 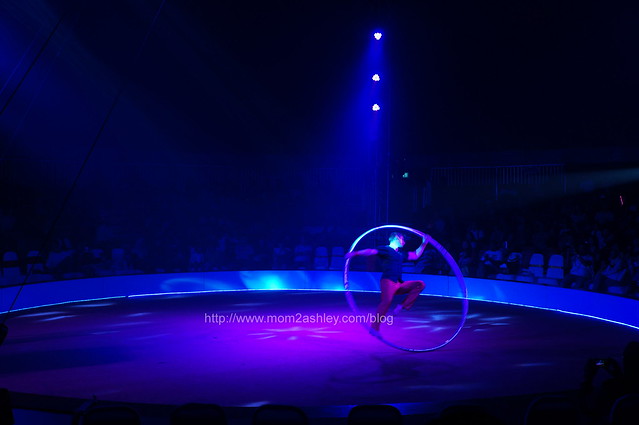 This guy did stunts on the giant hula hoop. 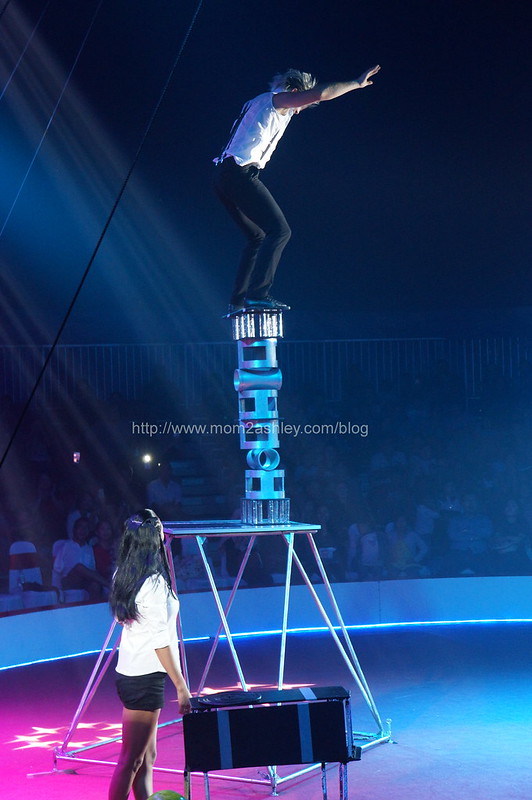 This one was pretty interesting. We almost dropped from our seats while we watched him balance on those things! The palms of my hands and feet were sweating! Damn! Even thinking about it is making my hands and feet sweat now! 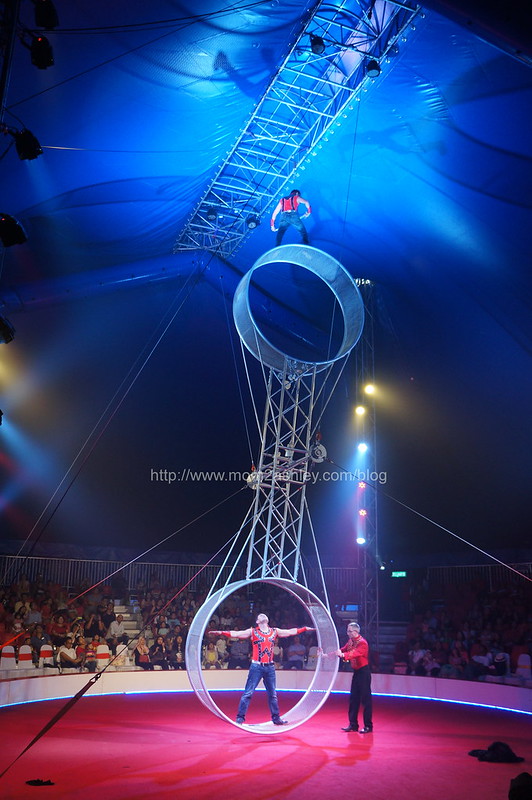 The show lasted for about 2 hours. After the show ended, all the performers lined up outside for a photo op with the audience.

The hubby thought it was expecting an animal circus…..errrr..you now know who did all the planning lah….

The kids loved it. They keep wanting to go back there to watch it again. errr I don’t think so. Maybe next year!

1. Food & Beverage – If you have your own snack and drinks, just bring your own. 1 small packet of popcorn costs RM5. The candy floss cost RM4.

2. Car Park – Parking can be a pain especially on a school holiday weekend. Make sure you go early to secure a carpark. We parked by the side of the road leading to the circus.

3. Stroller – you can bring it along but you’d need to leave it at the bottom of the stairs  because the seating area is not stroller friendly.

4.  Dress Code –  Casual. It’s fully air conditioned in there. Bring a light shawl if you like to keep yourself warm.

5. Camera – Don’t forget to bring your camera or battery pack to charge your smart phone because I reckon you’d be taking lots of photos and videos!